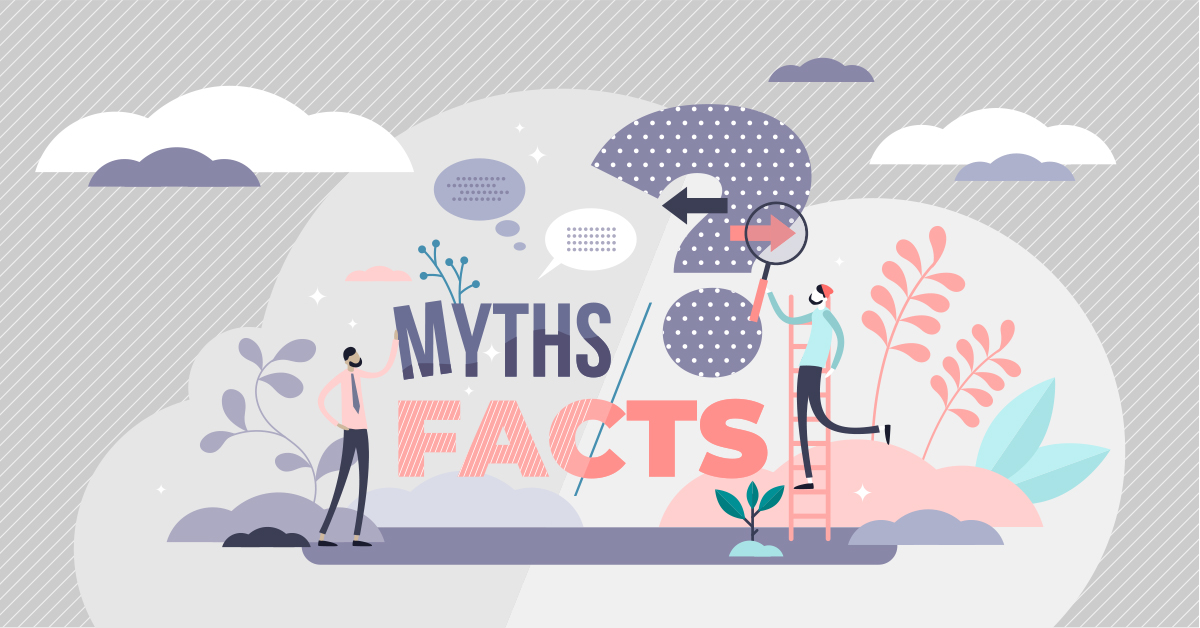 Digital marketing is a field undergoing constant change. One minute trends are hot, the next they’re not. Although a good portion of the industry is rather adept to fluctuations in the evolution of the craft, there exists one realm of digital marketing where particular trends went cold but continued to be practiced like they’re hot. Welcome SEO myths.

In this article, we’re going to look at the top 5 SEO myths and debunk them in their tracks.

Many people believe that links are the most important factor in SEO. However, this is not exactly true.

Links do validate and add trustworthiness to your site, as well as fuel your ranking power. But, to truly understand the value of links vs content, you need to consider what happens when that traffic gets to your website. If you’ve put a considerable amount of effort into link building, but minimal effort into creating high quality content, your users are going to bounce.

PageRank, a link analysis algorithm used by Google to measure the importance of a webpage used to be displayed on Google’s toolbar, until 2013.

Since then, many other third-party authority scores have been developed, the most popular being Moz’s Domain Authority and Page Authority Scores.

Many people industry-wide use this to determine the ‘value’ of a page, but this metric can never be an entirely accurate reflection of how a search engine values a webpage. Google representatives have repeatedly dispelled the notion of a domain authority metric being used by them.

There is a common belief held by some SEOs that Google automatically suppresses new sites in the organic results for a brief period before they’re better equipped to rank more freely.

Although some SEOs will give you anecdotal evidence that would support the idea of a sandbox, the idea of a Google Sandbox is simply not true; the proof comes in the form of Tweets from Google’s John Mueller directly.

Meta descriptions help the user’s quest of finding you at the exact moment they need to find you, but they don’t affect rankings directly.

The claim is that because a website has been around for a long time and is ranking well, age must be a ranking factor. This is a confusing claim that has firmly rooted itself among a few people in the industry.

However, Google itself has repeatedly debunked this myth many times. In fact, in July 2019, Google Webmaster Analyst John Mueller responded to a Tweet where someone suggested that domain age was a ranking factor; John replied saying “No, domain age helps nothing.”

Some SEO myths are rooted in logic, and others are just nonsensical. However, next time somebody mentions any of the above myths as the gospel truth, you’ll be prepared to do a little debunking yourself.

«
Why Search – and SEO – Is Important»
Agile SEO: Armed With Data

Understanding your website traffic sources is a vital component of your marketing strategy. When you understand the different types of
Keep Reading

As SEOs, we’re spoilt for choice with all the free tools out there. However, you don’t need every free SEO
Keep Reading
By using this website, you agree to our use of cookies. We use cookies to provide you with a great experience and to help our website run effectively.
Accept
Manage consent