What is the Future of Web Development? 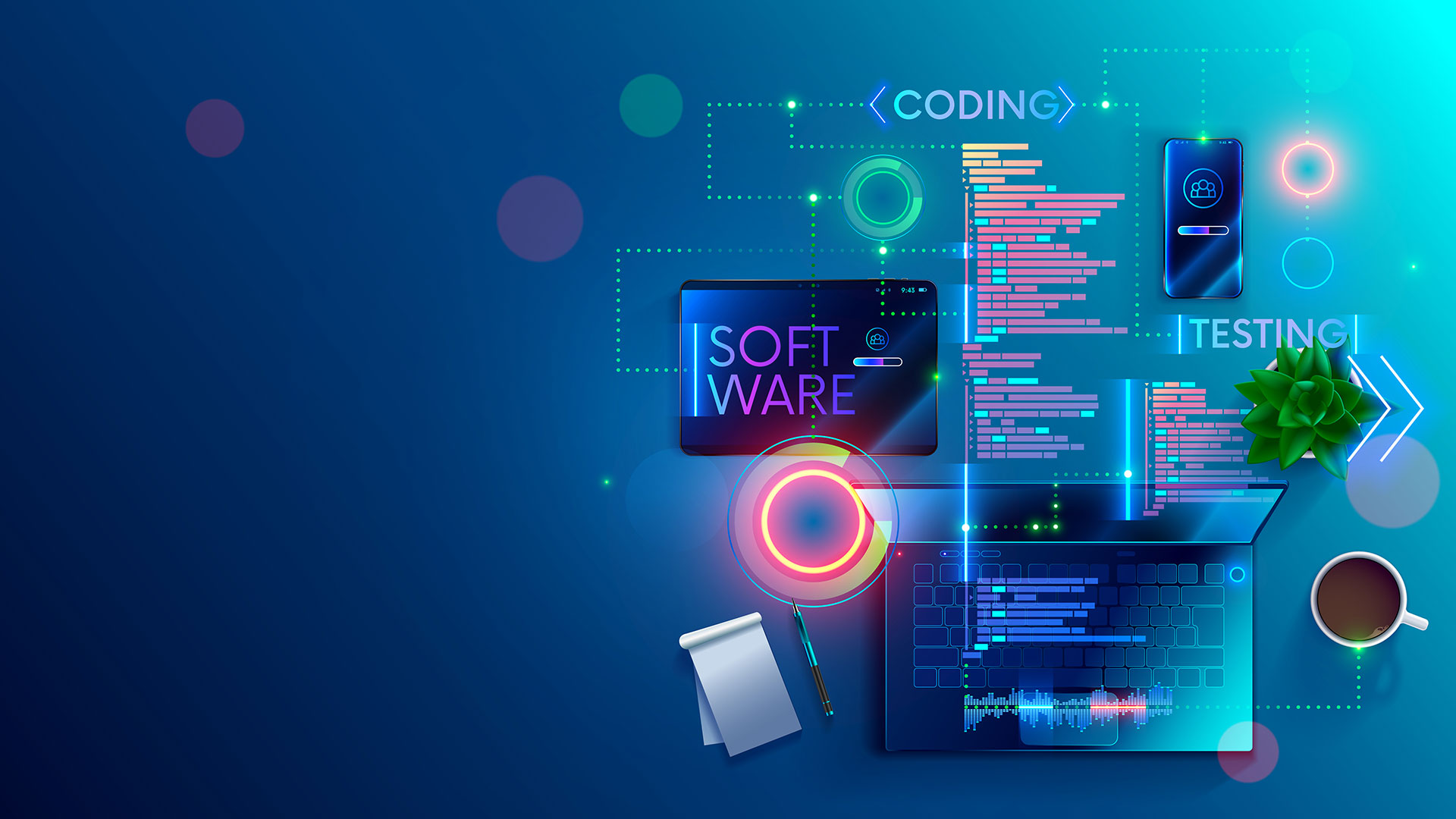 Web Development is a vast industry that utilises a multitude of programming languages to breathe digital life into designs and concepts. We interact with a web page in some form every single day, and behind the scenes are hundreds of lines of code being executed that have been meticulously typed and organised to provide the most efficient, seamless, and visually appealing experience for the user.

As with most industries, Web Development has and continues to evolve substantially, and with it the frameworks which the websites we interact with are built upon. While a visually striking website may still grab a user’s attention, much more appeal is garnered through the interactivity between a user and the elements of the website.

With the rise in popularity of ‘click-and-drag’ visual builders, such as WordPress or SquareSpace, the process of creating static websites has become extremely accessible and streamlined essentially deeming the practice of ‘hard-coding’ static webpages redundant. This begs the question: What is the future of Web Development?

Perhaps it is not the point that coded static websites are being phased out, but that static websites are.  As stated previously, interactivity is becoming a more defining variable of a great website, and while HTML and CSS are still necessary foundational languages, modern frameworks allow developers to create more interactive, user friendly and interesting websites than ever before.

One of the most important languages in Web Development is JavaScript, and it is one of the first languages which allowed developers to create interactive web pages. At its core, it is already the foundation of many websites as it is essential for the basic elements we use such as the button to expand the navigation menu or even an image slider in a gallery. As with all languages, JavaScript has evolved immensely, paving the way for new frameworks such as Angular.JS (created by Google) and React.JS (Maintained by Facebook).

With these frameworks, developers are able to create completely dynamic webpages or Web Applications which are able to manipulate, change and update content on a web page in real-time without ever leaving the page. The most prominent websites which utilise these frameworks would be Netflix and Facebook.

Following the theme of interactivity, the evolution of JavaScript has allowed for immense leaps in the capabilities of 3D modelling and animation which occurs natively in the browser.  Languages such as three.JS and Anima.JS allows developers to create and animate stunning 3D models and visual effects that are rendered in real-time within the browser which the user can interact with.

These animations can range from the position of a 3D model being manipulated by the scroll of a user’s mouse to fully playable video games. These 3D models are able to react to dynamic lighting and physics, and again, what makes this so astonishing is that this is all rendered within the browser. You can view a library of webpages developed using three.JS.

While the era of coding static web pages may be slowly becoming obsolete, the art of Web Development is evolving at a rapid pace and is creating greater potential for developers to create more complex, interesting and fresh experiences for users than ever before. As our lives become more closely integrated with the online world, innovation within Web Development will only continue to flourish.

«
Why Is a Good Website Important?»
Why is User Experience Important for Digital Marketing?

The Aesthetic -Usability effect refers to a tendency to perceive aesthetically pleasing designs as a design that is more useable.In
Keep Reading

Bigger is not better for Image Optimisation

In the last few years, web developers and SEO teams have spent many a moment optimizing web pages for the
Keep Reading

There are plenty of UX/UI design tools available for designers to choose from, but the one tool that seems to
Keep Reading
By using this website, you agree to our use of cookies. We use cookies to provide you with a great experience and to help our website run effectively.
Accept
Manage consent